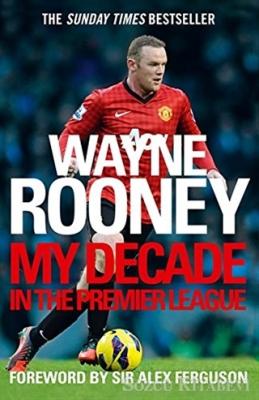 My Decade In The Premıer League

'My Decade in the Premier League' is Wayne's first hand account of his 10 years playing at the highest level in English football - and for the biggest club in the world. This is his inside story of life on the pitch for Manchester Utd; the League titles, FA Cups, League Cups and Champions League adventures. A must for any Utd fan.

Wayne Rooney is widely regarded as one of the leading football players of his generation. A talisman for Manchester United, since his move to the club in 2004, Rooney is their star player and an all-time great at the club.