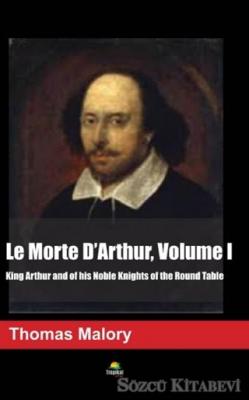 https://www.sozcukitabevi.com/Kitap/sir-thomas-malory-le-morte-darthur-volume-i
Le Morte D'Arthur Volume I King Arthur And Of His Noble Knights Of The Round Table
Tropikal Kitap - Dünya Klasikleri
63.65

The Morte D'Arthur was finished, as the epilogue tells us, in the ninth year of Edward IV., i.e. between March 4, 1469 and the same date in 1470. It is thus, fitly enough, the last important English book written before the introduction of printing into this country, and since no manuscript of it has come down to us it is also the first English classic for our knowledge of which we are entirely dependent on a printed text. Caxton's story of how the book was brought to him and he was induced to print it may be read farther on in his own preface. From this we learn also that he was not only the printer of the book, but to some extent its editor also, dividing Malory's work into twenty-one books, splitting up the books into chapters, by no means skilfully, and supplying the "Rubrish" or chapter-headings. It may be added that Caxton's preface contains, moreover, a brief criticism which, on the points on which it touches, is still the soundest and most sympathetic that has been written.