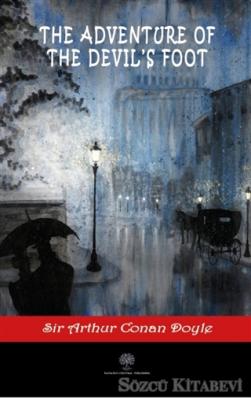 The Adventure of the Devil's Foot

https://www.sozcukitabevi.com/Kitap/sir-arthur-conan-doyle-the-adventure-of-the-devils-foot
The Adventure of the Devil's Foot
Platanus Publishing
23.80

In recording f from time to time some of the curi­ous experiences and interesting recollections which I associate with my long and intimate friendship with Mr. Sherlock Holmes, I have continually been faced by difficulties caused by his own aversion to publicity. To his sombre and cynical spirit all popular applause was always abhorrent, and nothing amused him more at the end of a successful case than to hand over the ac­tual exposure to some orthodox official, and to listen with a mocking smile to the general chorus of mispla­ced congratulation. It was indeed this attitude upon the part of my friend and certainly not any lack of in­teresting material which has caused me of late years to lay very few of my records before the public. My parti­cipation in some of his adventures was always a privi­lege which entailed discretion and reticence upon me.