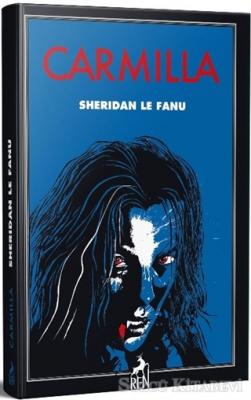 “Life and death are mysterious issues, little is known about the origins of them.”

Carmilla, Princess of Darkness is a vampire fiction by Irish author Sheridan Le Fanu in 1872 written long before Dracula. In the conditions at the time of writing the book was found strange because of the relationships between woman vampire and her victims, and then it become pioneer in increasing the vampire culture.

Died long years before, Countess Mircella Karnestein is an charming vampire who chooses her victims among young girls. Plotting over a young girl Laura who lives at a castle in Central Eupore with her father, Carmilla is a classic novel that attracts everybody who interested in gothic literature to itself with its mysterious and dark atmosphere.