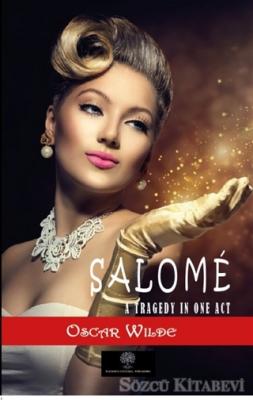 Salome: A Tragedy in One Act

https://www.sozcukitabevi.com/Kitap/oscar-wilde-salome-a-tragedy-in-one-act
Salome: A Tragedy in One Act
Platanus Publishing
43.12

“SALOMÉ” has made the author's name a hou­sehold word wherever the English language is not spoken. Few English plays have such a peculiar his­tory. Written in French in 1892 it was in full rehe­arsal by Madame Bernhardt at the Palace Theatre when it was prohibited by the Censor. Oscar Wilde immediately announced his intention of changing his nationality, a characteristic jest, which was only taken seriously, oddly enough, in Ireland. The in­terference of the Censor has seldom been more po­pular or more heartily endorsed by English critics.