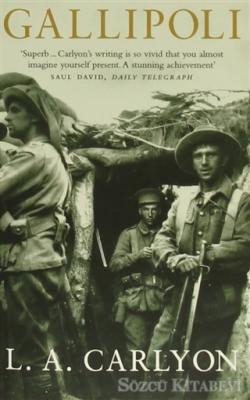 Because it was fought so close to his old home ground, Homer might have seen this war on the Gallipoli Peninsula as an epic. Brief by his standards, but essentially heroic. Shakespeare might have seen it as a tragedy with splendid bit-parts for buffoons and brigands and lots of graveyard scenes. Those thigh bones you occasionally see rearing out of the yellow earth of Gully ravine, snapped open so that they look like pumice, belong to a generation of young men who on this peninsula first lost their innocence and then their lives, and maybe something else as well...' Gallipoli remains one of the most poignant battlefronts of the First World War and L. A. Carlyon's monumental account of that campaign has been rightfully acclaimed and a massive bestseller in Australia. Brilliantly told, supremely readable and deeply moving, Gallipoli brings this epic tragedy to life and stands as both a landmark chapter in the history of the war and a salutary reminder of all that is fine and all that is foolish in the human condition..