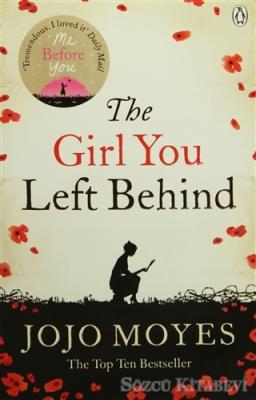 The Girl You Left Behind

The Girl You Left Behind
Penguin Books
63.14

Whatever happened to the girl you left behind?

In 1916 French artist Edouard Lefevre leaves his wife Sophie and goes to fight at the Front. When her town falls into German hands, Edouard's portrait of Sophie draws the eye of the new Kommandant. And as his obsession deepens, she will risk everything her family, reputation and life in the hope of seeing Edouard again.

Nearly a century later, Sophie's portrait is given to Liv by her young husband shortly before his sudden death. Its beauty speaks of their short life together, but when the painting's dark and passion-torn history is revealed, the first spark of new love Liv has felt is threatened...

In The Girl You Left Behind two young women separated by a century are united in their determination to fight for the thing they love most whatever the cost.

Praise for Me Before You:

'A triumph. Packs such an emotional punch, you'll need a box of tissues' -Elle

'Truly beautiful. Made us laugh, smile and sob like a baby you simply have to read it' -Closer