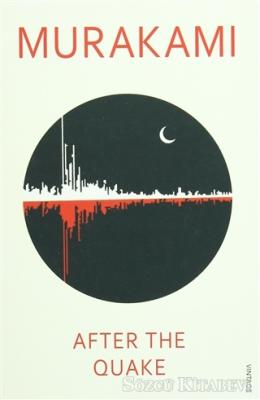 After The Quake
Vintage Books London
64.00

The economy was booming. People had more money than they knew what to do with. And then the earthquake struck. For the characters in AFTER THE QUAKE, the Kobe earthquake is an echo from a past they buried long ago. Satsuki has spent thirty years hating one man: a lover who destroyed her chances of having children. Did her desire for revenge cause the earthquake? Junpei's estranged parents live in Kobe. Should he contact them? Miyake left his family in Kobe to make midnight bonfires on a beach hundreds of miles away. Fourteen-year-old Sala has nightmares that the Earthquake Man is trying to stuff her inside a little box. Katagiri returns home to find a giant frog in his apartment on a mission to save Tokyo from a massive burrowing worm. 'When he gets angry, he causes earthquakes,' says Frog. 'And right now he is very, very angry.' This new collection of stories, from one of the world's greatest living writers, dissects the violence beneath the surface of modern Japan.