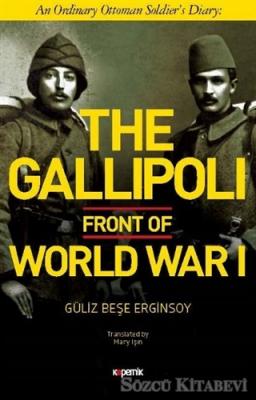 ‘July 18th 1330/ Ramazan 8-1330. While I was in the coffee house , which was purchased by Gardiyan Cemil Efendi in the village, sitting alone and thinking, I heard that Police Mehmet Efendi was looking for me. I did not interrupt my thinking and paid no attention. But there are many talkative boys around. They said that I was sitting in the garden, and therefore, I had to answer his call.

The reason for him asking about me was a letter of conscription sent to me by the Draft Office. I took it! I read it. It was demanding that I had to be at the Military Reserve Department on July 19th with five days of provisions. For now, this military service is said to be for forty five days of drills. But because of my nature of not believing anything very quickly, I did not believe this either. How so being a soldier as from today! It may continue for forty five days, or may extend to 45 months.'

This book addresses itself to the handwritten log of non-commissioned Ottoman Military officer Huseyin Atif Efendi, my grandfather. He fought in the Gallipoli and the East Fronts of World War One, before the establishment of the Republic of Turkey. During the mobilization, he volunteered as a non-commissioned officer, before waiting to be called. This was his second military service, as he had completed his obligatory one during the visit of Kaiser William II to Istanbul and served as infantry regiment. In the fronts, his duty was clerkship, he wrote official war logs from time to time and set tents when necessary.