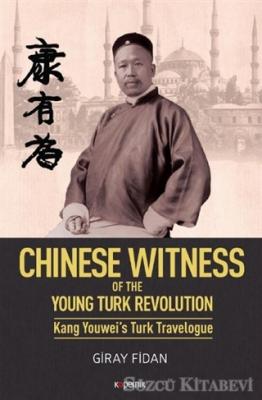 I do not know how many Chinese crossed the Black Sea other than me.”

“The Ottomans and China are in similar circumstances, Western Europe views both of them as the “sick men” of the east and it is not clear yet which will die first. Today's China and the Ottoman Empire bear similarities in all respects; China's sickness is also the sickness of the Ottoman Empire.”

“Those who create chaos in the country do not understand politics and do not try to learn how to govern the country; they just yell as if self-harming and say the country will not be saved [if it continues with its current policies]. If such a path is chosen, a person will surely harm his country. In July of 1908, I traveled to Turkey and witnessed the ratification of their Constitution. The whole country was celebrating the success of the Young Turks.”

“Hagia Sophia is outside of this palace and has a 2,000-year history. It is so beautiful that it amazes people. It is the oldest and the most beautiful structure of the world remaining from the old times. It is, however, very old, exposed to wars and catastrophic damages.”

“The view of the Turkish capital is very beautiful. This is the most spectacular place in the world. There are houses on both sides of the Bosphorus and the sea passes between them. There are four inhabited islands, which are a few hundred kilometers in size. There are many beautiful buildings, mansions, parks, and forests which are quiet and peaceful places.”