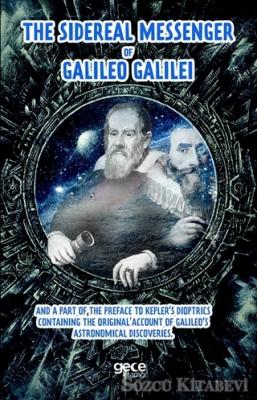 The Sidereal Messenger of Galileo Galilei

In 1609, Galileo, then Professor of Mathematics at Padua, in the service of the Venetian Republic, heard from a correspondent at Paris of the invention of a telescope, and set to work to consider how such an instrument could be made. The result was his invention of the telescope known by his name, and identical in principle with the modern opera-glass. In a maritime and warlike State, the advantages to be expected from such an invention were immediately recognised, and Galileo was rewarded with a confirmation of his Professorship for life, and a handsome stipend, in recognition of his invention and construction of the first telescope seen at Venice. In his pamphlet,The Sidereal Messenger, here translated, Galileo relates how he came to learn the value of the telescope for astronomical research; and how his observations were rewarded by numerous discoveries in rapid succession, and at[viii]length by that of Jupiter's satellites. Galileo at once saw the value of this discovery as bearing upon the establishment of the Copernican system of astronomy, which had met with slight acceptance, and indeed as yet had hardly any recommendation except that of greater simplicity. Kepler had just published at Prague his work on the planet Mars (Commentaria de motibus Stellæ Martis), on which he had been engaged apparently for eight years; there he heard of Galileo's discoveries, and at length was invited by Galileo himself, through a common friend, Giuliano de' Medici, ambassador of the Grand-Duke of Tuscany, Cosmo de' MediciII., to the Emperor RudolphII., to correspond with Galileo on the subject of these discoveries. The Emperor also requested his opinion, and Kepler accordingly examined Galileo'sSidereal Messengerin a pamphlet, entitledA Discussion with the Sidereal Messenger(Florence, 1610).

In thisDiscussionKepler gives reasons for accepting Galileo's observations—although he was not able to verify them from want of a telescope—and entirely supports Galileo's views and conclusions, adducing his own previous speculations, or pointing out, as in the case of Galileo's idea of earth-light on the moon, the previous conception of[ix]the same explanation of the phenomenon. He rejects, however, Galileo's explanation of the copper colour of the moon in eclipses. Kepler ends by expressing unbounded enthusiasm at the discovery of Jupiter's satellites, and the argument it furnishes in support of the Copernican theory.