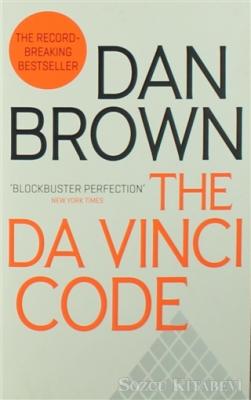 The Louvre, Paris: the elderly curator of the museum has been violently murdered in the Grand Gallery. Harvard professor Robert Langdon is summoned to decipher the baffling codes which the police find alongside the body.

As he and a gifted French crytologist, Sophie Neveu sort through the bizarre riddles, they are stunned to find a trail that leads to the works of Leonardo Da Vinci -and suggests the answer to an age-old mystery that stretches deep into vault of history.

Unless Langdon and Neveu can decipher the labyrinthine code and quickly assemble the pieces of the puzzle a stunning historical truth will be lost forever...

'An exhilaratingly brainy thriller... Not since the advent of Harry Potter has an author so flangrantly delighted in leading readers on a breathless chase'

'For anyone who wants more brain-food than thrillers normally provide'