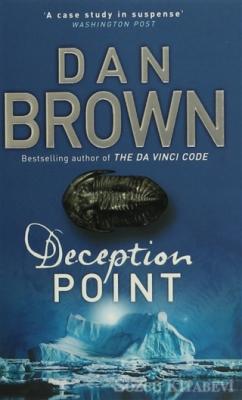 National Reconnaissance Office, Washington: Intelligence analyst Rachel Sexton is summoned by the President of the United States to verify a discovery which NASA claims will change the future of the planet itself.

Milne Ice Shelf, Artic Circle: teams work feverishly to unearth astonishingly rare object buried deep in the ice. But, accompanied by charismatic academic Michael Tolland Rachel soon uncovers the unthinkable: evidence of scientific trickery. They soon find out this is not a discovery that anyone wants to hear.

Fleeing for their lives in anvironment as desolate as it is lethal their only hope for survival is to find out who is behind this masterful ploy. And the truth, they will learn, is the most shocking deception of all..