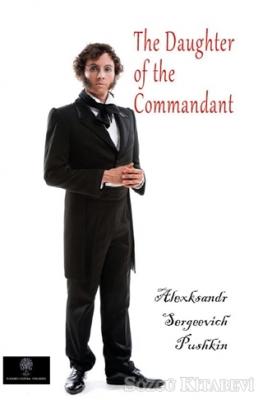 The Daughter Of The Commandant

https://www.sozcukitabevi.com/Kitap/alexksandr-sergeevich-pushkin-the-daughter-of-the-commandant
The Daughter Of The Commandant
Platanus Publishing
32.80

Pyotr Andreyich Grinyov (the narrative is conduc­ted on his behalf) is the only surviving child of a reti­red army officer. When Pyotr turns 17, his father sends him into military service in Orenburg. En route Pyotr gets lost in a blizzard, but is rescued by a mysterious man. As a to­ken of his gratitude, Pyotr gives the guide his hareskin coat. Arriving in Orenburg, Pyotr reports to his commanding offi­cer and is assigned to serve at Fort Belogorsky under captain Ivan Mironov. The fort is little more than a fence around a village, and the captain's wife Vasilisa is really in charge. Pyotr befrien­ds his fellow officer Shvabrin, who has been banished here after a duel resulted in the death of his opponent. When Pyotr dines with the Mironov family, he meets their daughter Masha and fal­ls in love with her. This causes a rift between Pyotr and Shvab­rin, who has been turned down by Masha. When Shvabrin insults Masha's honor, Pyotr and Shvabrin duel and Pyotr is injured. Pyotr asks his father's consent to marry Masha, but is refused.